I didn’t say Becky’s and Naomi’s (Pigglywiggly on Amazon.uk) reviews weren’t “on the up and up”, I said the reviewers were Baldwin’s daughters. Did you miss that? Sorry, let me make it perfectly clear- reviews and ratings by Naomi and Becky on GR, and reviews by R. Vowles and Pigglywiggly on Amazon.uk are by the author’s daughters who never mention their relationship to the author.

Considering that Amazon frowns on and usually deletes reviews by close relatives and others they consider to have an interest in the book(s) succeeding, I can see why Mandy would want to keep this quiet.

Here is her dedication to her three children. 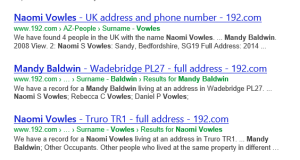 Look who is living at the same address.

Her bio from poetry site.

If Mandy had just gracefully accepted that 2 star review and kept quiet she would still be cheerfully gaming the system. But she overreached her talent as a scammer and got caught. You want to support her and condone her actions, well, that’s no surprise at all. But in case you missed this part too, she lied.

She lied on KDP:

She lied on GR:

She denied any relationship, however casual, with Naomi and Becky. She lied and accused other posters of having sock accounts and creating “fake” reviews. I didn’t review her books, I didn’t even give them a 1 star rating, I left this: 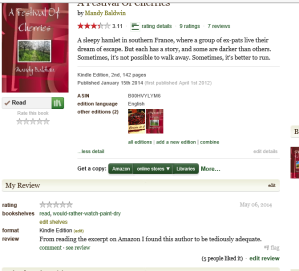 On all three books.

Linda left a review  stating exactly how much she had read and what problems she found. Were either of these fake? No. Are  the ratings left by readers fake? No. You can rate books based on whatever you feel like. Some people don’t like being lied to.  Some people didn’t like her revenge review of Linda Hilton’s book, it appeared right after she accused Linda of accusing her of having sock reviews, something that Linda did not do. And some people left a rating after Mandy posted this blog. 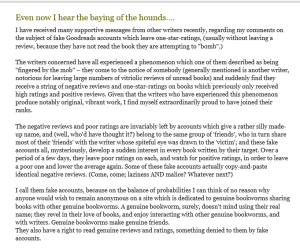 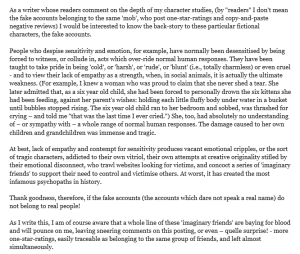 Isn’t Mandy a real sweetie? I can’t understand why everyone just isn’t bowled over by her charm.

Back to those reviews, I have no idea who Susan Smith is, but she has been around Amazon.uk for a few years before she was roused to leave a review.  I had wondered if she was a friend of Baldwin’s “helping” her by posing as a “bully” reviewer so Baldwin could cry abuse and be one of  your gang, uh, group.

I do know that looking at some of her other 4 and 5 star reviews that I am not easy about some of them and as soon as I finished this little costuming project I’ve got I’ll give them a closer look.

So, let me reiterate, I never said I found the reviews by Becky and Naomi suspect, I said they were by her daughters and those daughters never disclosed their relationship in said reviews. Baldwin lied repeatedly to readers, reviewers, and other authors when she claimed she did not know who wrote those reviews.

She is definitely your kinda author.